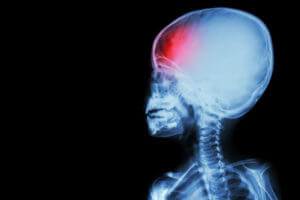 A seizure occurs when there is a surge of electrical activity in the brain that causes symptoms such as jerking movements, a stiffening of the body, falling suddenly, and loss of consciousness. Epilepsy is a neurological disorder used to describe having two or more seizures, and while it is much more common in adults, it also affects one percent of all children, ranging in age from infancy to adolescence.

Seizures can be very distressing, and children who experience them need medical attention, whether it’s the type of condition they grow out of or something they have for the rest of their life. Parents and caregivers must know how to care for a child with seizures.

With that in mind, let’s talk about the types of seizures that are common among children. Seizures are typically categorized according to which region of the brain is affected and the child’s level of consciousness and responsiveness.

Focal seizures begin with an abnormal electrical brain function in one small region of the brain. They are usually caused by an abnormality in the structure of the brain. Focal seizures are usually preceded by an aura or signs that a seizure is about to occur. The child may experience feelings of fear and impending doom, or feelings of euphoria, changes in sense of smell, and hearing strange sounds right before a focal seizure.

Focal seizures are classified as either simple or complex. Simple focal seizures last as long as a minute and usually affect the part of the brain that is involved with vision, thus, the child is likely to experience visual disturbances. Complex focal seizures can last as long as two minutes and affect the region of the brain that involves emotions and memory. The child will likely exhibit strange behaviors such as lip-smacking and gagging, and may even lose consciousness.

Pediatric seizures are not just due to problems with the brain’s structure but can also be a complication of stroke, traumatic brain injuries like concussions, and brain tumors. Treatment is provided by a neurologist, a doctor who specializes in neurological conditions.

Associates in Neurology specializes in treating neurological conditions such as epilepsy, which is a highly treatable condition. If left untreated, epilepsy can cause bodily harm, disability, and a shortened lifespan. It must be managed to reduce serious risks.

You can trust our exceptionally skilled and experienced board-certified neurologists to restore your child to good health. Associates in Neurology is recognized for providing the highest quality neurological services in greater Detroit.

To schedule an appointment with one of our neurologists, call our clinic today at (248) 478-5512 or use our online request form.