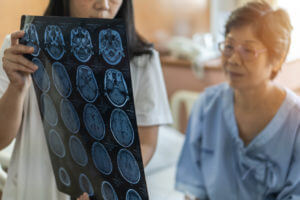 A seizure is a telltale sign of a neurological condition. It can affect a person’s behavior, movement, or consciousness for a few seconds to minutes. While a seizure can happen after a stroke, head injury, or infection, it can occur without warning, too.

Read on to learn more about what seizures are and their symptoms and their different types.

A seizure is caused by changes in electrical activity in the brain. Seizures are not a disease; however, they may be symptoms of neurological disorders. For example, repeated seizures may be a symptom of a complex disorder like epilepsy.

Seizures can affect people of all ages and look different from person to person. Some individuals may display easy-to-spot symptoms. These include uncontrollable shaking and/or loss of consciousness. Meanwhile, others may be experiencing a seizure without demonstrating visible signs.

Seizures are generally categorized based on the location of the electrical dysfunction in the brain. The severity is determined by which part of the brain it occurs in and how far it spreads. There are two main types of seizures: focal and generalized.

Focal seizures are characterized by abnormal electrical activity being contained in one area of the brain. Depending on the severity of the episode, a focal seizure may or may not affect a person’s consciousness.

If you retain your consciousness during a focal seizure, you might feel a sudden and unexplainable burst of emotions. You might feel happy, confused, nervous, or anxious all of a sudden. A focal seizure can also affect your senses. Some people report experiencing difficulties in speaking and other sensory issues like dizziness, nausea, and seeing flashing lights.

If the focal seizure impairs your consciousness or awareness, you may experience a dream-like sensation and altered awareness of your environment. The people around you might observe that you’re staring blankly into space and are not responding to stimuli. Some patients do not recall the experience altogether. Others end up performing repetitive movements, like hand rubbing, walking, or repeating certain words as if they were in a trance.

An absence seizure is a type of seizure that is not easily noticeable to an onlooker. Most patients develop an involuntary blank stare for several seconds and become unresponsive for a few seconds. To an untrained eye, an absence seizure may look like a simple daydreaming episode.

An absence seizure commonly occurs among children. It’s short – around 15 seconds or less – and usually resolves by itself. The person having the seizure usually does not remember what happened during it.

Also known as drop attacks, atonic seizures affect a person’s muscle control, causing the body to fall or collapse without warning. Atonic seizures can be risky and cause an injury if a person suddenly falls from a height or onto a hard surface.

Tonic seizures involve muscle stiffening. If you experience a tonic seizure, it can suddenly force the back, arm, and leg muscles to stiffen. In some cases, a person’s eyes may roll to the back of their head.

The contraction may affect breathing and an onlooker may notice the person’s lips turning blue. Like atonic seizures, tonic seizures may result in injury depending on where the person is.

These seizures are marked by repeated movements in the neck, face, and arm muscles. During the episode, a person’s muscles tense and relax in rapid succession. The motion stops only as the seizure dies down.

A myoclonic seizure is a type of seizure characterized by sudden electric-like jolts in the body. These are sudden jerks or twitches in the arms and legs. Often, there is no loss of consciousness.

Also known as grand-mal seizures, this is one of the more serious types of seizures where tonic and clonic movements happen simultaneously. Tonic-clonic seizures can result in loss of consciousness and body stiffening. In some cases, a person might lose control of their bladder.

There are different intensities and types of seizures. For some people, seizure symptoms can be controlled with medications and other treatments, but lifelong management may be necessary for others. That’s why it’s important to work with a competent healthcare provider who can design an individualized treatment plan.

For personalized seizure treatment, visit Associates in Neurology today. Our board-certified specialists can perform a comprehensive assessment and recommend the best course of treatment for different types of seizures. Our in-house laboratory can carry out a wide range of diagnostic tests to pinpoint the underlying cause behind your symptoms.

To schedule an appointment or to learn more about our neurologic services, call us today at (248) 478-5512 or fill out our online appointment request form. We serve Farmington Hills, Novi, Southfield, Howell, and Brighton. We look forward to serving you!