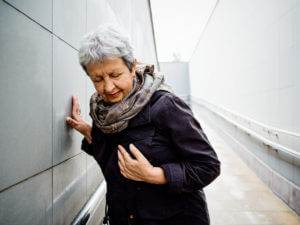 A seizure is a sudden, uncontrolled burst of electrical activity in the brain that can result in an episode of unusual behavior, movement, sensation, and level of consciousness. Seizures affect people differently and cause a wide range of symptoms, depending on which part of the brain is affected.

What Causes A Seizure?

Nerve cells in the brain create, send, and receive electrical impulses, allowing them to communicate. If anything disrupts the communication pathways, it can lead to a seizure. There are many different types of seizures, which can cause different symptoms and range in severity. The type of seizure depends on where it begins in the brain and how far it spreads.

The most common cause of seizures is epilepsy, which is a disorder of the brain. Sometimes, however, the cause of a seizure is unknown or it may be caused or triggered by other factors, such as:

Symptoms of a seizure typically last for a few minutes, can range from mild to severe, and may include:

Seizures are typically classified into two groups, generalized and focal seizures, depending on how and where the abnormal brain activity originates.

When To Seek Medical Help

Seizures are more common than you might realize, and not all seizures are emergencies. You should keep track of how long one lasts and call 911 if a seizure lasts longer than 5 minutes, or if:

If you experience a seizure for the first time, you should contact your doctor. Further investigation may be necessary to determine the cause of the seizure and to evaluate the likelihood of it occurring again. Tests may include:

A seizure can be an isolated incident, and therefore, treatment may not always be necessary. Prescription medication is often necessary for people with epilepsy in order to control seizures. Surgery may be an option for some individuals, depending on the type of abnormal brain activity and severity of symptoms.

Although some people may require lifelong treatment, others may eventually outgrow the condition.

Treatment for Seizures and Epilepsy in Southeast Michigan

If you or a loved one has suffered seizure symptoms, speak to the board-certified specialists at Associates in Neurology. We have the necessary skills and advanced technology to properly diagnose your condition and recommend the best course of treatment.

To find out more about our services, or to arrange a private consultation at one of our convenient locations, call us at (248) 478-5512, or use our secure, online request an appointment form.