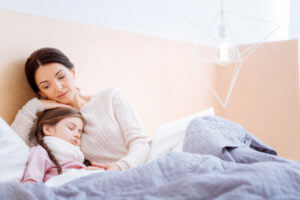 A seizure is a neurological event that is caused by malformations in the brain, a vascular event such as a stroke, or a head injury. Seizures can also result from epilepsy, a chronic disorder in which brain cells can sometimes misfire and cause a wide range of unusual behaviors.

The following neurological issues can cause seizures:

Many of these children cannot walk due to this underlying condition, and most are girls due to the fact that the CDKL5 gene is found on the X chromosome. Boys also receive an X chromosome from their mother, which is how a male can have this condition – but it appears less frequently in males than it does in females.

Also called infantile spasms (IS), this is when a baby may exhibit muscular spasms, jerking, and jackknife movements in a quick series of seizures. Each seizure lasts just a few seconds, but the baby may suffer as many as 150 seizures in a row per episode.

This condition warrants emergency medical attention. West syndrome appears in infants who are under 12 months old.

Caused by a gene defect, pyridoxine-dependent epilepsy first appears in childhood as muscular rigidity (tonic, or stiff muscle tone), convulsions (clonic, or jerking), along with very low body temperature. PDE can be largely controlled by taking vitamin B6 (pyridoxine) supplements, and magnesium supplements may also be recommended by your neurologist.

This genetic and developmental disorder is characterized by delayed speech and balance issues, but a happy disposition. Patients struggle with involuntary movements, and seizures can begin to appear at age two or three.

What People Witnessing a Seizure Can Do to Help

Safety and overall well-being are paramount in these situations. Be sure to:

Remember, safety is paramount when a seizure happens.

Most times, a seizure is preceded by an aura. An aura is a feeling or cluster of symptoms that actually warn the patient about, and predict a change in, the activity in the brain. Common kinds of auras are a sense of confusion, a feeling of déjà vu, and twisting and turning movements of the body – particularly the extremities.

If you experience an aura, here’s how to prepare yourself for the oncoming seizure:

If you or someone you love is apparently having seizures and you would like to schedule an evaluation and treatment, contact our team at Associates in Neurology/AIN Imaging. We have convenient locations in southeast Michigan, and our board-certified neurologists can provide an efficient assessment and treatment that works for patients of all ages.